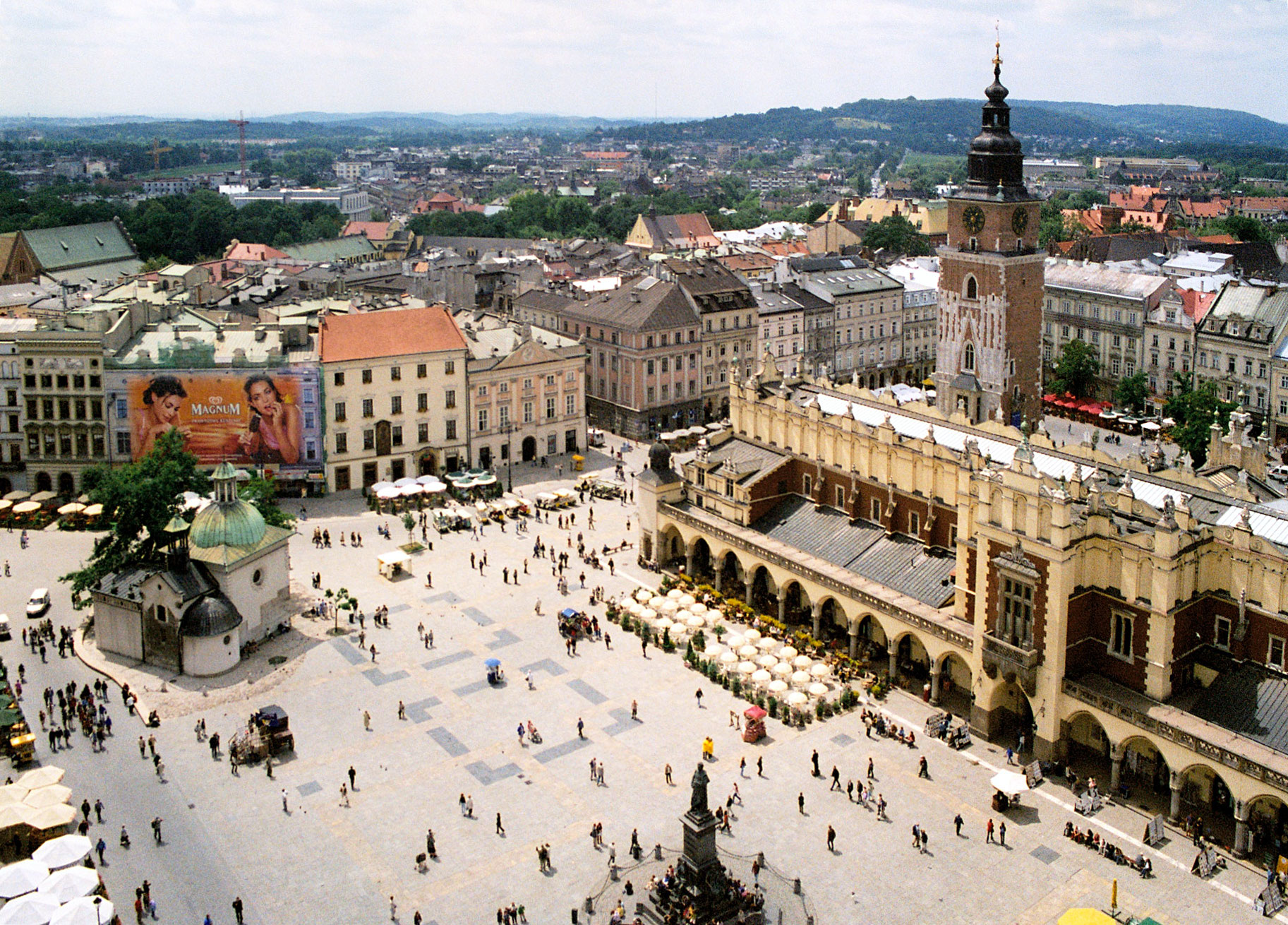 Visiting Krakow is a must when you are in Poland. The former capital has a lot to offer for everybody. From interesting history and breathtaking monuments to bustling streets and nightlife. The city is full of legends anywhere you go and any place you visit has a different and unique story to tell you. The most popular is about a young boy who killed a dragon and married the princes. Until now dragon is a symbol of the city and there even is one living by the river. Although, it’s not alive it blows the fire. If you happen to visit Krakow at the beginning of June you can have the opportunity to take part in the dragon parade.

Enjoy a walk in the beautiful and lovely streets of the old town. Each of them will take you to a central Main Market with Sukiennice on the central spot where you can buy souvenirs and other products typical of the region. One of the important buildings in the square is St. Mary’s Church. It’s enough to have a glimpse it to realize that the two towers in height. As the legend goes, two brothers who were building the church were competing with each other. When the younger one noticed his older brother’s tower is higher, he killed him and continued to do his work so the tower he built is higher. Although, feeling guilty of what he had done he killed himself on the day of the inauguration of the church. However, that’s not the only story the basilica has to offer. Every hour even during the night from the top of the tower an anthem is played. Nevertheless, to find out more about it you have to visit the city yourself. There is a possibility to reach the top of the tower and admire the panoramic view of the city. On the background, you can notice Wawel Castel, which were the house for Polish kings within centuries. One of the advantages of the city is that it is possible to reach everything on food. The same is with the Castel. Visit it is beautiful indoors and enjoy the time outside in the gardens.

Nevertheless, Krakow it‘s not only the Old town. Discover the parts that not everybody knows about. Just a quarter from the Castel there is Jewish district called Kazimierz. Before the Second World War just in the city, there were more Jews than in Italy. Walking around the streets you feel as you traveled in time, as Krakow wasn’t destroyed during the war the building looks exactly the same as years ago. The amazing think of the part of the city is that it’s full of restaurants and cafes. Each of them is unique and one a kind so there’s something for everyone. The most recognized bar in there is called Alchemia. Situated in a former Jewish house, where on the walls there are still pictures of the family living there, through secret wardrobe doors you can reach another room. If you are interested in the Jewish history and would like to know more about it just visit the Schindler Factory Museum.

But let’s not forget about the food and beverages! Being in Krakow you have to try traditional Polish food. Bigos, , pierogi, , are just some of the things you have to try.

Krakow itself is amazing, but there are also some places nearby worth visiting too. Taking advantage of the vicinity of the Tatra Mountains you can enjoy the incredible nature there. It’s the same with Wieliczka, a salt mine with a huge and breathtaking underground chapel made entirely from salt. Also, Auschwitz is not too far from Krakow so you can go for a day trip.