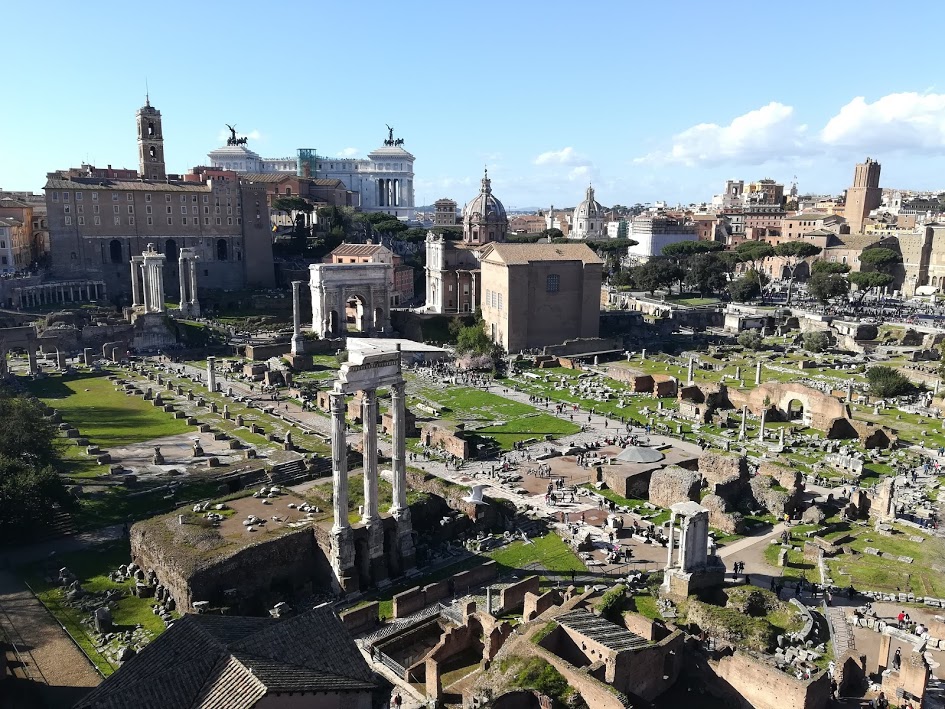 The heart of Italy, from ancient to modern times, has always been the city of Rome. Located in the region of Lazio, Rome's origins are traced by legend to Romulus and Remus, twin sons of Mars, the god of war. According to Roman mythology, the brothers disagreed over where to locate the new city. Each brother stood on one of Rome's seven hills, and six vultures circled over Romulus, signaling Mars' favor. Thus, on April 21, 753BC, the city that is now a world icon was founded.

Rome has culture covered from ancient monuments and historic churches to of art collections. Even if you just stick with the iconic sights—such as the Colosseum, the Trevi Fountain, the Pantheon, and the Vatican, del .you wouldn’t have any problem figuring out things to do in Rome. And there are also plenty of other things to see underneath the city, including the ancient tombs, bones, caves, and other archeological treasures.

Here are some interest places to visit in Rome

Overlooking the Tiber River is the Ara Pacis Museum, which houses the eponymous Altar of Peace. The altar was built in 9 B.C. to celebrate Emperor Augustus’s victories in Hispania and Gaul and the subsequent Pax Augusta (Augustan Peace). Considered the most significant example of Augustan sculpture, the white marble monument depicts the emperor and his family offering sacrifices to the gods, and the life-size portraits are recognizable as real people rather than idealized types. Designed by American architect Richard Meier, the museum features 5,381 square feet of crystal panels, bathing the altar with natural light.

A multi-layered church and archaeological site, the Basilica of San Clemente one of the best examples of how Rome is a layer cake of history. Entry level is the "new church," a medieval building from circa 1110. Head downstairs to the basilica that was originally constructed as a patrician home. Follow the sound of running water, and down another staircase to a basement area that was a , a place of worship for followers of Mithras. The water? A natural spring that has flowed since antiquity.

The outstanding private collection of the noble Borghese family went public when they lost their fortune in the late 1800's; today it's the world's most perfect small art museum. The works here are immediately impressive and provocative, from ancient Roman mosaics of gory amphitheater scenes to the topless statue of Pauline Bonaparte by Canova. Bernini's astonishing marble sculptures, including David, Apollo and Daphne, and Rape of Persephone, are masterpieces of baroque tension and show off the mind-boggling chisel skills of the artist. Rounding out the collection are a slew of high-keyed Caravaggios, including David with the Head of Goliath; Correggio's delightful (and racy) Danae; and Titian's iconic Renaissance painting Sacred and Profane Love. The Borghese Gallery has timed entrances with limited tickets so advanced reservations are obligatory.

In the year 590, as he prayed for Rome's deliverance from a plague, St. Gregory the Great had an encouraging vision of an angel sheathing its sword above this massive brick castle built atop the drum of Hadrian's first-century mausoleum. The plague ended, and the castle got a new name (and, in 1752, a spiffy bronze statue of the angel). Subsequent popes added rooms, creating a veritable (and highly decorative) labyrinth, which also has a scandalous past. Castel Sant'Angelo is connected to the Vatican by the , a long wall topped by covered passage allowing the pope to scurry to his stronghold in time of need—as did Pope Clement VII did during the sack of Rome in 1527. It was the only known time a Pope used the Swiss Guard as a human shield, leaving the bulk of them to die covering his escape. Castel Sant'Angelo has some of the most spectacular views of Rome from its rooftop terrace.

A satellite of the Capitoline Museums housed in a former power plant, Centrale Montemartini Brilliantly juxtaposes gods and machines. More than 400 ancient Greek and Roman sculptures sit serenely beside boilers, engines, and other machinery at this light-filled museum on off-the-beaten-path Ostiense. It was actually Rome's first power plant built in 1912 and designed by architect Giovanni and was restored in 1997.

The official French church in Rome, San Luigi Francesi was built in 1518 for the French community and named after King Louis IX. To this day, masses are held daily in French. The Italian marble façade and interior with touches of gold were constructed with funds from Catherine de Medici, who was married to King Henry II of France—and that's just the start. Every area of the church is decorated lavishly with rich marbles, paintings, sculptures, and gilding, but the pride of San Luigi Francesi is the Contarelli chapel where Caravaggio's Saint Matthew cycle (three paintings depicting the life of the saint) found. Though the clergy condemned the pieces at the time as blasphemous and too realistic, today they are considered some of his best work.

Palazzo Massimo Terme is one of five branch locations for the National Roman Museum, an incredible collection of Ancient Roman art. The palazzo's four floors contain sculptures, frescoes, mosaics, coins, and jewels that document the evolution of Roman artistic culture from the late Republican age through the fifth century AD. Make sure to head to the second floor to look at the frescoes, stucco, and mosaics, including those from the villa of Livia, wife of Augustus, and then head down to the basement for the numismatic collection.

This is where Romulus founded the city of Rome and where it all happened—the former marshland was reclaimed in the 7th century to become the epicenter of social, religious, political, and administrative life. The archaeological site was lined with ancient temples that doubled as financial areas, podiums for discourses, a senate meeting place, a private imperial ramp, vestal virgin house, mythological fountains, houses, and more. Walk up the Palatine hill to view the ruins of lavish imperial palaces and make an appointment for a walk through the House of Augustus. Note that the particular ruins within the forum aren't marked, so you may want to go with a guide to get a deeper understanding of the history.

Only a small portion of ancient Rome can be seen in open-air excavations; the rest of it lies hidden below street level. There are more than sixty catacombs, and most, including San Sebastiano, San Callisto Santa Domitilla, are found around the Appia Antica and Ardeatine zone. Catacombs were first dug as burial sites, eventually becoming shrines to martyrs and destinations for pilgrimage from all over Europe. There is a small very interesting early Christian decoration (sculptures, frescoes, and epigraph), which offer insight into the rites and customs of the early Church years.