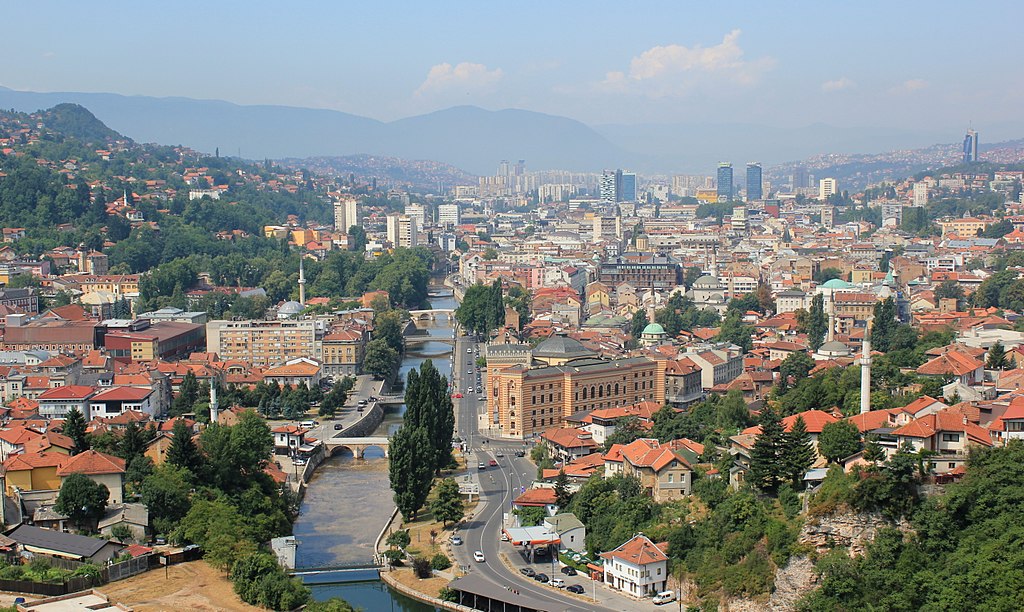 Around the world we can find countries with a big cultural diversification, United States, Spain, England, Germany are just a few examples of how the immigration can offer cultural alternatives to a big piece of land; but, can you imagine Catholics, Jews, Muslims and Orthodox living in the same city?, well, you can find actually two cities on the world with the same characteristics, Jerusalem and its European similar, Sarajevo.

The Bosnian capital has been razed few times for the war, but now, on peacetime is searching a place as a tourist attraction, not just as a historic place, because Sarajevo can offer to you a few options for everyone. Keep reading, we’ll tell you about 4 things to see in this city while you eat a nice ćevapčići.

4 THINGS TO SEE IN THE EUROPEAN JERUSALEM

Baščaršija
This is the historic center of the city, as every city center has a Major Square, the particularity of this square is the thousands of pigeons that are living there, the Vintage market selling from Soccer Jerseys to Pens made by Bullets; but the most characteristic thing, is looking a Muslim Mosque, Jewish Synagogue and Orthodox Church with just a few streets between it.

This is a Little bridge, with as. XIII design, nothing special in its architecture, a few arcs in a V bridge; but this was the place where started the first world war when an Extremist Nationalist killed Archduke Francisco Fernando. Its historic importance makes of this place the perfect attraction to all the history lovers.

“Who doesn’t know about his history, will be condemned to repeat it”, Sarajevo remember in every place all the war days, and you can see reflected in the attitude of the people; if you want to try to understand a little bit the war impact on the Bosnian people, just look one of the thousands statues dedicated to the war moments, one of the most famous is the “Father’s Call”, that shows a Father calling his son to give up on the war.

BOBSLEIGH CIRCUIT
Did you know that Sarajevo was headquartering of the Winter Olympic Games in 1984?, well the Bobsleigh was one of the most important sports in this games; but now is just an abandoned circuit where a lot of photographers and street artists had made their favorite gallery location.