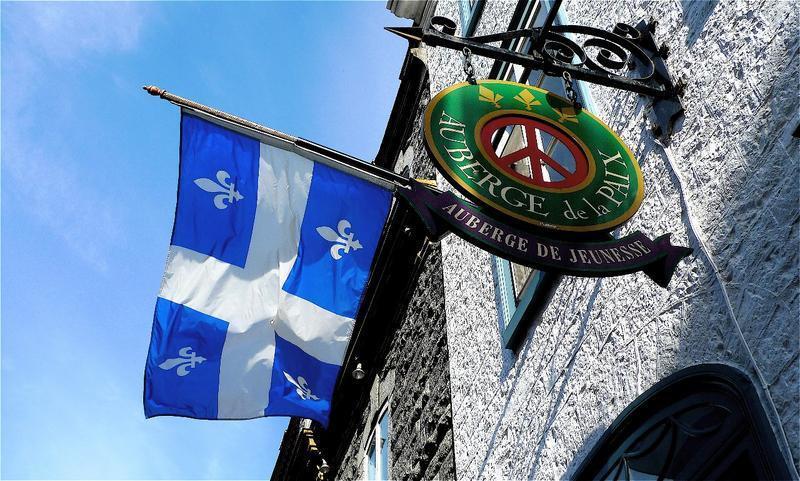 you can reach this divine hostel at
31, Rue Couillard, Quebec, Canada

Right in the heart of Old Quebec, Auberge de la Paix, founded in 1972, is the oldest youth hostel of the Old Capital, and the most convivial and affordable in the area.

A stay in the Quebec Province, may it be for holidays, for a work-and-travel opportunity or for an entire life, is not worth it, in truth, without a visit to Quebec City, the cradle of New France, the capital of French America, the oldest fortified city in North America, a place intensely rich in History...

If we only had one tip to make, it would be to come visit us! The hostel is located in the heart of the historical district, it's grooving with things to do around, there is no chance you'll get bored!

Auberge de la Paix youth hostel was founded in Quebec in 1972, mainly to provide travelers with accommodation and services at a modest cost. In 2012 it celebrated its fortieth anniversary of operation.

Like similar non-profit organizations, it came out from a wide counter-cultural movement that symbolized a way of living, learning, communicating, and opening to the world.

Its original project was also meant to express a concept that emerged long before those models. Indeed, it has certain similarities to the 'night shelter' that has not changed since the Middle Age pilgrims. In fact, at the end of their journey, tired travelers stopping at the hostel wish to rest themselves in an inviting, quiet and neat place.

Ever since, Auberge de la Paix has been increasingly popular with customers who favor social interaction with its staff members in a cool and relaxed atmosphere. Its firmly established reputation allows travelers from all over the world to appreciate its receptiveness and promptness as well as successive improvements.


Auberge de la Paix QuÃ©bec has no reviews yet