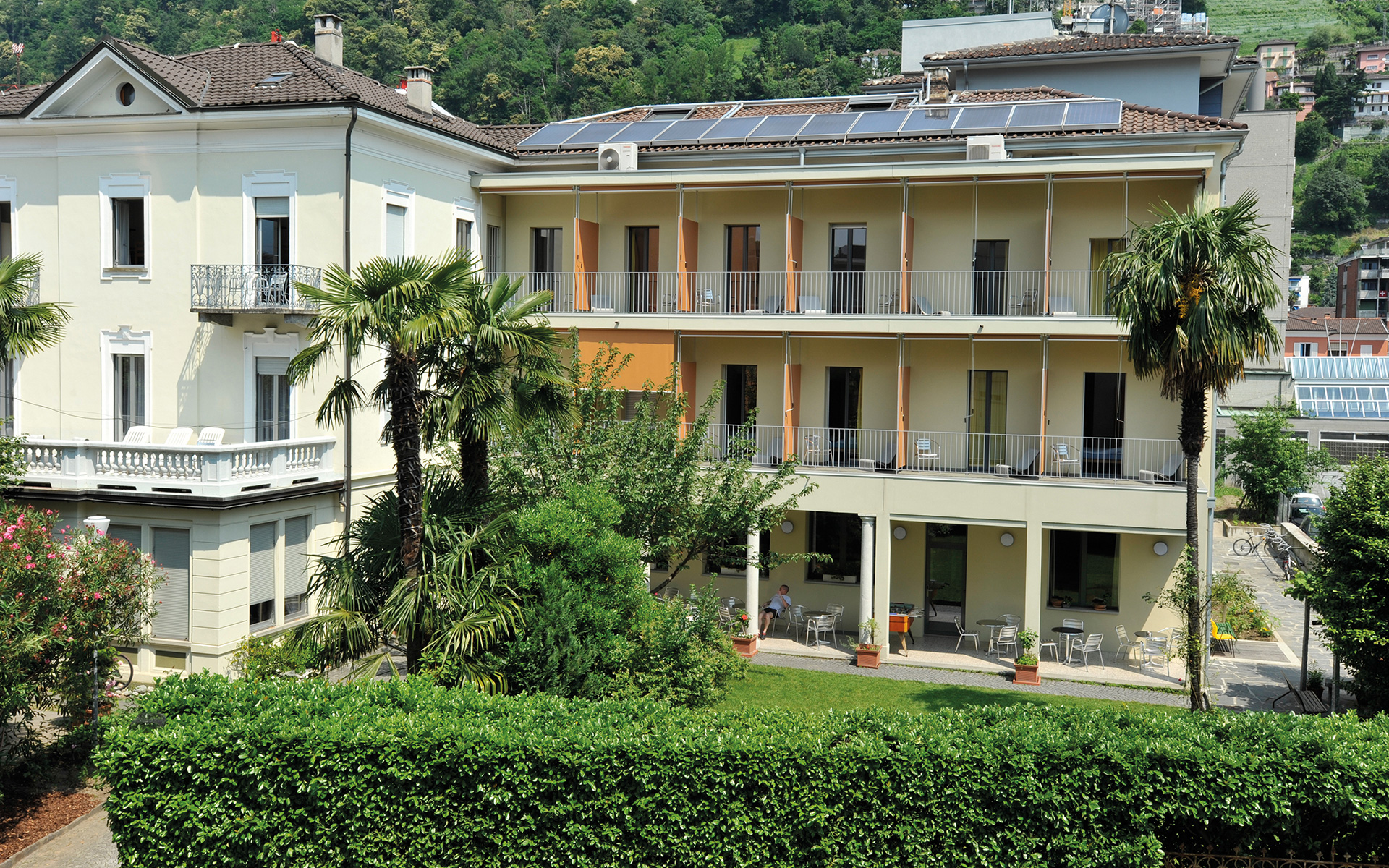 you can reach this fabulous hostel at
Via B. Varenna 18, Locarno, Switzerland

Because the Canton of Ticino is located almost at sea level (at an altitude of 205 metres), it is possible to enjoy a Mediterranean climate from springtime until the end of November. It also means that a large part of life at the 'Palagiovani' is spent outdoors, for example at a 'Grigliata' in the inner courtyard surrounded by the building's three wings. Naturally, nearly all the modern double and four-person rooms have a balcony. And it's also pleasant to get together on the veranda or under the pergola.

Palagiovani - the first palace of youth.
In addition to the Youth Hostel, the unique 'Palace of Youth' also houses Ticino's local radio station, a youth bureau, the music school and a press agency for young people. There's always something going on in this stately old house, once a boarding school for young ladies.

The Palagiovani is also suitable for congresses, thanks to its various seminar rooms. Some family rooms are even equipped with a kitchenette.
Locarno is the starting point for a wide range of activities: whether sailing on Lake Maggiore - for example from Ascona to the Brissago islands - or energetic mountain bike excursions in the valleys of the Sopraceneri.

The valleys of Ticino offer several hundred kilometres of hiking paths, there are 700 km of these in the Vallemaggia alone. For the adventurous, there is action such as bungee jumping or canyoning. Or how about a visit to the Teatro Dimitri in Verscio?

A total of 188 beds.
Nordic-style beds. Suitable for wheelchairs.

*PLEASE NOTE: There is an extra charge for Non-YHA-Members of CHF 6.00 per person/night, payable on arrival**

**Our check-in times are always 3pm to 10pm. If you arrive after 10pm please notify us in advance!**

Remark:
The law of the Ticino canton forbids to accommodate young people under 16 years old: they can only stay if there is an adult person with them.


Youthhostel Locarno has no reviews yet